The small hours of Sunday morning. With bag packed and checked just one final time I tenderly kissed Krysia on the cheek. Reassuring each other that it would only be a couple of days away as Archie slept peacefully in his basket by the radiator in the kitchen. I walked out into the still of the night pausing to turn to blow Krysia a kiss as she stood in the warmth of the hallway behind the frost covered windows of the front door.

It was a bitterly cold evening; a complete contrast to the warm Spring weather we had enjoyed days before working in the gardens amongst the blossoming fruit trees.

It was minus three degrees as I started the engine of the car and drove slowly through Limalonges village and out onto the RN10. I was heading south to Bordeaux airport to take a flight back to London to see my parents who I hadn’t seen for over two years.

Many lose their parents at different stages in life. Some never know them at all. I feel extremely fortunate and very humbled to say my sister and I have both parents; especially surrounded by such a wealth of friends and neighbours who have helped them especially through the difficulties of these past years of uncertainty for us all.

The journey along the motorway was on the whole uneventful. Save for the red tail lights of the convoy of lorries driving through the night to their destination. A ship of camels in the night slowly making their way through France to Spain, Portugal, Italy and beyond.

I turned on the radio. I found a radio station where a poem was being recited. The calm dulcet tones of the narrator spoke calmly and clearly described the countryside in rhythmic prose that I could see out of the window. It was almost as if he was sitting next to me.

I drove on. Making my way through the departments of la Charente into Charente Maritime. Down a slope I noticed a field lit with dim yellow lanterns lit like a runway where the farmer was tending to the first Aspergés (Asparagus) of the season. These which, would no doubt, soon be picked bundled and sent to market. Krysia and I had been speaking with our neighbour Jocia Saturday afternoon about Asparagus as she had very kindly delivered a huge box full of fresh leeks they had picked from her garden. It seemed a coincidence then that the narrator on the radio mentioned these fields lit in the night as I passed them. Maybe it wasn’t so much of a coincidence at all, C’est la saison!

I changed the radio channel. Some Europop played at full tilt was being broadcast on one particular radio station designed to keep drivers like me awake. This certainly livened up proceedings as I drove across the first of two bridges. The first crosses the brown waters of the Dordogne river before negotiating the higher and longer second bridge that spans the wider Gironde river revealing the magnificence of Bordeaux and its surrounding areas by lit by night brought to view at its summit.

It had been a smooth journey in all. A little too easy in fact. I saw a stream of yellow warning lights flashing ahead in the distance. The motorway had been closed before the airport junction for essential roadworks. Even that didn’t turn out to be too bad as la deviation was well sign posted and soon I was parked in the airport car park.

It was still dark and just as cold as I joined a queue of fellow travellers waiting for the shuttle bus that would take us to the main terminal.

There was an advantage in catching an early flight. There were not so many people around. And with barely two dozen passengers on my flight I slept most of the way before the bright morning sun shone in through the window and woke me. I looked out of the window. The plane had banked right and was following la Manche. I could see a perfect outline of the Isle of Wight and London in the distance. The glass structure of the Shard at London Bridge reflected the sun like a golden beacon. It was quite a sight to behold through bleary eyes. Moments later the plane banked again and made final descent across the patchwork of the Sussex countryside before landing with a bump at Gatwick Airport.

Out through customs and onto the arrivals concourse. It was very busy. Some guy was shouting at another guy in old Anglo Saxon as people pushed and shoved past each other. Everyone seemed so angry. Like a tin full of wasps. I bet if you asked them why, they wouldn’t be able to answer.

I wasn’t about to. I didn’t linger.

I managed to catch a train to East Croydon that was about to depart before a taxi ride in a London black cab to journey’s end. I was surprised at how much the old place had changed. Even for an early Sunday morning it seemed very busy with people and traffic; but to me it would be compared to the tranquility of the French countryside. Thinking about it, if I was completely honest it probably hadn’t changed at all. I had. I had simply just forgotten for a moment that was all.

I asked the taxi driver to drop me off on the junction of the main road and side street where my parents live. I wanted to walk the last part as I hadn’t for some years. I rang the door bell. My Dad answered the door with the hugest of smiles on his face and we hugged. I held him tight. I hugged my Mum even tighter.

My timing couldn’t have been better. One of my nieces and her boyfriend had been staying at my parents overnight as he was taking her to Heathrow that morning where she would be travelling to South Africa as part of her veterinary studies. Not something one hears every day. We are all very very proud of her.

The next day was my Dad’s 80th birthday, another milestone in our private family history. Luckily my sister Karen had managed to make it along too. I managed a random family selfie photo, the first family photo we have taken together for many years. One I shall treasure too. During the couple of days I stayed the telephone seemed to ring endlessly as did the doorbell of the front door; as well as the countless messages from well wishers from family neighbours and friends wanting to wish my Dad birthday wishes. It was a few days I’ll treasure and never forget.

It seemed to be over in the blink of an eye as the plane landed with a thump at Bordeaux Airport. I drove home happily reassured by the amount of love and support from many, especially valued friends and immediate neighbours through these past two years. Hello Lynn and Andy. I thanked you then and Krysia and I thank you again now.

We hope to see you soon.

When I was a kid, my Mum & Dad always helped people out at moments notice always putting themselves last. It seemed to be very busy not unlike Piccadilly Circus in our house in those early days. It was really moving to see how loved they are.

Passport control was a new experience for me at Bordeaux airport. Normally a very brief formality. On this occasion several planes had landed at similar times and there were a lot of us winding our way around and around the barriers before finally having our passports checked. The two officials on duties were not phased in the least. They were both singing along to to John Lennon’s song “Imagine” that was playing on the radio in one of the control booths.

The drive back seemed to take forever. I was tired. And the radio just wouldn’t tune in to anything.

I drove through the gateway and onto the gravel drive here at home.

Krysia was waiting outside for me.

She had seen the car lights in the distance. As it was again in the small hours of the night she instinctively knew it was me. It was a lovely welcome home. I was relieved to be back. We hugged as though it had been an eternity apart, in reality, barely 72 hours.

“To be loved and love in return” as George Benson once sang.

Two years is a long time to wait to see family again. Like many we had waited. But it was so worth it.

It had indeed been a long time coming. 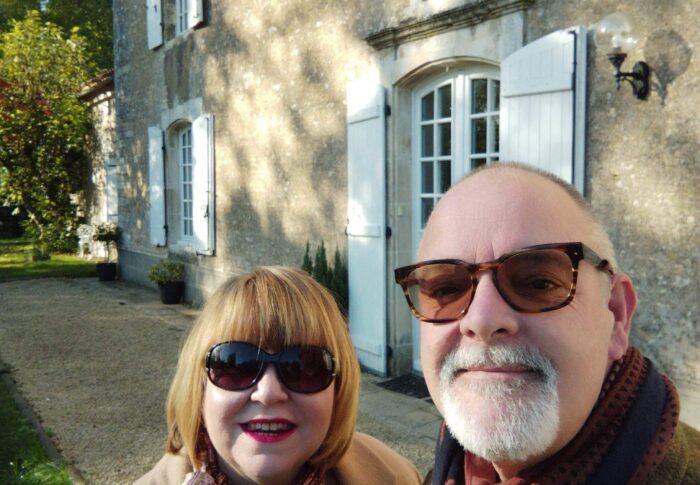 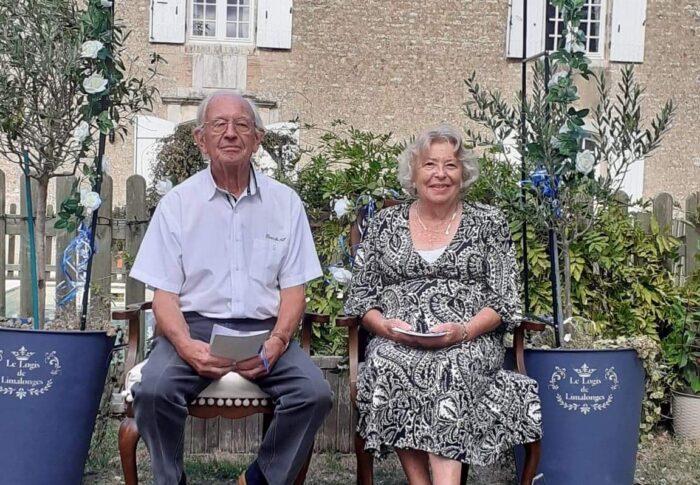 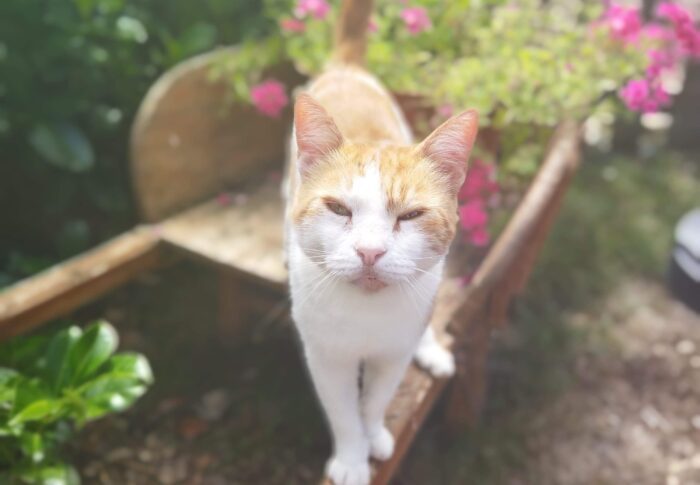 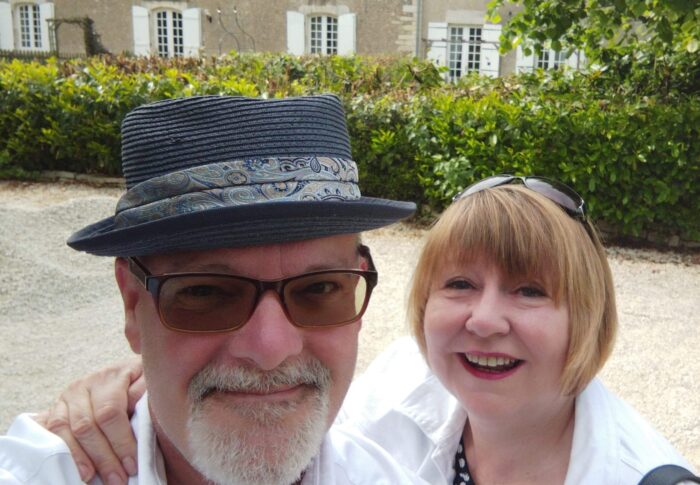 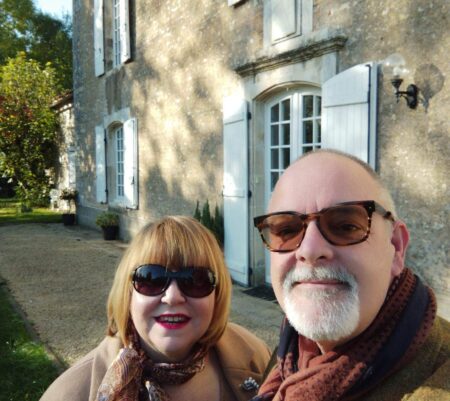